To share your memory on the wall of Jamel Taylor, sign in using one of the following options:


‘He Will Call’
Life like a mist appears for just a day and disappears tomorrow all that we are can quickly fade away replaced with tears and sorrow, if a man should die, can he live again? Hear the promise God has made. He will call the dead will answer they will live at his command. For he will have a longing for the work of his own hand. So have faith and do not wonder for our God will make us stand and we will live forever As the work of his own hand.

Friends of our God though they have passed away will never be forsaken, all those asleep who in God’s memory stay, from death he will awaken, then they will come to see all that life can be: Paradise eternity. He will call the dead will answer they will live at his command for he will have a longing for the work of his own hand, so have faith and do not wonder for our God will make us stand and we will live forever as the work of his own hand....
Read Less

To send flowers to the family or plant a tree in memory of Jamel F. Taylor, please visit our Heartfelt Sympathies Store.

Receive notifications about information and event scheduling for Jamel

We encourage you to share your most beloved memories of Jamel here, so that the family and other loved ones can always see it. You can upload cherished photographs, or share your favorite stories, and can even comment on those shared by others. 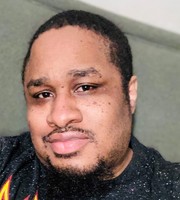 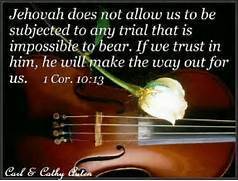